On 20 September 2022, representatives of the National Focal Point (Ministry of Finance of the Czech Republic), the Embassy of the Kingdom of Norway and other actors involved in the implementation of the EEA and Norway Grants met in Prague to assess the progress of the current programming period.

Technology agency of the Czech Republic (TA CR) arranged the Opening conference and matchmaking on 25 and 26 November 2019 to connect project partners within the Call for Proposals of the KAPPA Programme. KAPPA Programme financed by EEA and Norway Grants is focused on supporting applied research and strengthening international cooperation. A total of 90 representatives of enterprises and research organizations from Czechia, Norway, Iceland and Liechtenstein attended the event.

A ceremonial opening of the Programme Health was held in the Valkoprevorsky Palace in Prague on 19 September 2019. More than 100 representatives of healthcare providers, state institutions and non-profit patient organisations took part in the launch conference. The programme will support prevention of mental illness in children, prevention of non-communicable and communicable diseases and patient empowerment and strengthening the role of patient organizations.

Launch Conference of the Programme „Good governance“ funded by the EEA grants 2014-2021, was officially launched on 6 June 2019 in Prague. Within the programming period of 2014 -2021 more than 150 million CZK will be allocated to projects aimed at improvement of effectiveness and transparency of public administration in the Czech Republic in cooperation with Iceland, Liechtenstein and Norway.

The match-making seminar in the area of cultural heritage under the Programme Culture was held in Prague on 27 May 2019. The seminar was organized by the Ministry of Culture of the Czech Republic in cooperation with the Norwegian Directorate for Cultural Heritage. 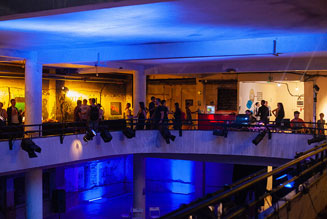 A ceremonial opening of the Programme Culture was held in the undergrounds of the former House of Art Industry – DUP39), currently the premises of the Theatre X10 in Prague on 28 May 2019.

The new Programme "Home Affairs" was officially launched at the conference in the building of the Ministry of Interior in Prague on 27 March 2019. The Ministry of the Interior as the Program Operator will receive the grant of € 5 million from the Norway Grants 2014-2021 to enhance police competence in preventing and combating crime.

The new Programme „Human Rights, Roma Inclusion and Domestic and Gender-based Violence” was officially launched at a conference in Prague on 13 March 2019. Within the programming period of Norway Grants 2014 - 2021 more than half billion of Czech Korunas will be distributed by the Ministry of Finance (the Programme Operator) among projects aimed at human rights protection, inclusion of Roma in Czech society, Roma empowerment, prevention of domestic and gender-based violence and protection of victims.

The third period of the EEA and Norway Grants in the Czech Republic was officially launched in the Planetarium Prague on 20 February 2019. At the same time the Programme Agreements of the Programme “Culture“ and Programme “Environment“ were ceremonially signed.